Wilczyńskie Lake is a picturesque post-glacial water reservoir, which together with Lake Kownackie and Lake Suszewskie is a great natural attraction of the Konin county. Quiet surroundings, forest surroundings, sandy beaches and crystal clear waters make both the inhabitants of the surrounding villages and guests coming from the city like this place as a destination for spring and summer weekends. The area around Wilczyn is a charming place where you want to come back.

The location of Lake Wilczyńskie

Lake Wilczyńskie is one of the picturesque reservoirs forming the geographical region called the Gniezno Lake District, located in the Wielkopolskie Voivodship, Konin County, Wilczyn commune and is undoubtedly the greatest tourist attraction of the local commune. This is where children come in the summer to bathe in the water and play with the sand on the beach, where fishermen gather and local cultural events are organized.

The Wilczyński reservoir is also located at the very beginning of the blue tourist trail, which continues to Strzelno, touching places such as Mrówki, Przyjezierze and Miradz.

Lake Wilczyńskie is a post-glacial ribbon lake, which means that it was formed as a result of the melting of the waters of the glacier receding in this place thousands of years ago. The area of the lake is 189.5-205.0 ha. The figures concerning the area of the lake are not unambiguous, because it is systematically decreasing in connection with the mining industry in the vicinity, and more precisely as a result of the opencast lignite mine.

Lake Wilczyńskie is a popular place for spending free time, which is why an appropriate infrastructure has been developed here, necessary for safe recreation and meeting tourist needs. First of all, a guarded swimming pool has been created here (including a shallow zone for the youngest), which is supervised by professional lifeguards from WOPR.

Logistic support was organized by the local commune of Wilczyn, which contributed to the creation of accommodation in the form of a campsite and a campsite with access to electricity and sanitary facilities. Of course, there is also a large sandy beach by the lake, as well as additional facilities in the form of a playground for children, volleyball and badminton courts.

Lake Wilczyńskie is also a place that attracts anglers. This is due to the picturesque location, where sitting by the water or on a boat is a real pleasure. Fishing enthusiasts in the waters of Lake Wilczyńskie can count on the abundance of various species of freshwater fish. Among them are: tench, carp, roach, bream, crucian carp, pike and even eel.

Routes for pedestrians and cyclists

It is worth noting that bicycle routes have been created around the lake, which are a great place for family trips on two-wheelers. In addition to cycling, the lake’s surroundings are also conducive to hiking along nature trails and the already mentioned, marked blue tourist trail.

Lake Maróz is located both on the main roads of Masuria and on the sidelines. It is located in the southern part of the Olsztyn Lake District between the S7 expressway and the national road... END_OF_DOCUMENT_TOKEN_TO_BE_REPLACED

Undoubtedly, the Tatra Mountains are one of the most beautiful Polish mountains. Picturesque and rocky landscapes and beautiful lakes are the characteristic features of the area. Black Pond at Rysy is one of the Tatra... END_OF_DOCUMENT_TOKEN_TO_BE_REPLACED

Description of the lake The Pluszne Wielkie Lake is situated in the Łańcut forests in the Olsztyn Lake District. The nearest town is Olsztynek, which can be reached via the S7 expressway. The national road... END_OF_DOCUMENT_TOKEN_TO_BE_REPLACED 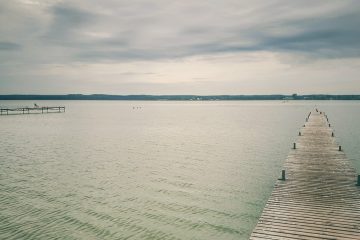 Zdworskie Lake is located in the eastern part of the Gostyniński Lake District and is one of the most popular lakes in the region. It is located on the provincial road No. 577 connecting Łąck Read more…